Built in 1901, the auditorium was the site of a 31-year run of the Chautauqua summer retreat in the city and joined dozens of other sites during the Chautauqua movement of the late 1800s and early 1900s; cultural and spiritual education were the focus of the seminar series.

Today, the restored auditorium is the centerpiece of a variety of community events, including an annual Chautauqua event on the last Saturday of September, during which members of the Chautauqua Preservation Society host a day social and cultural opportunity as a homage to the original retreat.

Open hours today: By appointment only 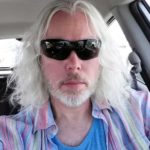 Marshall Hinsley is a writer and podcaster who focuses on business news and sustainability issues. He also grows specialty produce on a farm south of Waxahachie, Texas.

Choose to be beautiful